You can book treatments such as baths, wraps or massages directly at the Priessnitz Spa. In the area there is also a swimming pool with a length of 17 meters with a waterfall, countercurrent and adjacent whirlpool, sauna world and salt cave.

The Vincenz Priessnitz Nature Trail is 7 kilometers long and has 9 stops with information panels that provide insight into the development of natural spas, but also an interesting life story of the founder of hydrotherapy, Vincenz Priessnitz. The route leads around 14 springs, several monuments and offers wonderful landscape views.

On the trail there is also a Balneopark with a natural spring shower.

Near Priessnitz Spa there is the largest accessible system of caves created by dissolving marble in our country.

A 45-minute route awaits those interested, during which they will see the Ice Dome with a “frozen waterfall” and a majestic stalagmite called the Lighthouse, the Dome U Smuteční vrby with stalactites such as the Leaning Tower of Pisa, Praděd mountain, the Turkish Cemetery or the 25-meter-high Royal Dome.

South of the village Bělá pod Pradědem there is the waterfall Vysoký vodopád, which is probably the highest waterfall in the entire Hrubý Jeseník mountains.

Vysoký vodopád used to be 45 meters high, but after the floods in 1880 it is more of a series of cascades. Several of them can then be found under the waterfall itself downstream of Studený potok. 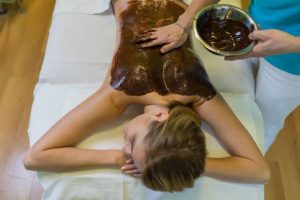