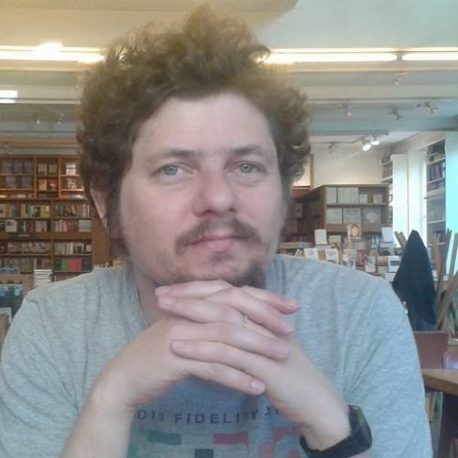 Martín was born in Buenos Aires, Argentina, in 1979. He is a writer and editor. Bachelor of Arts from the University of Buenos Aires and Master in Creative Writing from the National University of Tres de Febrero. He is a professor of reading and writing at the National University of General Sarmiento. Professor of the courses Russian literature and 19th century European literature (2003-2007) of the University of Buenos Aires. He attended and presented workshops and a working group at international conferences on Dialogical Practices in Finland, Belgium, Norway and Italy. He has taught writing and dialogism classes in Buenos Aires at Fundación Interfas, Fundación Familias y Parejas, Dispositivo Pavlovsky, among others. He published the books: Documento de María (La Bestia Equilátera, 2017), No hay cien años (Milena Caserola, 1016), Help a mí (Milena Caserola, 2012) y Salir del Ghetto (Tersites, 2011). He currently works as an editor at Editorial Caterva. He previously directed “Colección Naufragios” (“Shipwreck Collection”) by Milena Caserola dedicated to the autobiographical narrative.